What’s Causing That Musty Smell in Your Basement? 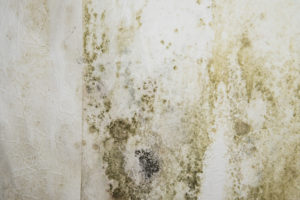 The old musty basement smell that most people are familiar with is typically caused by mold and mildew. As these fungi grow, they release foul-smelling gases that permeate the room and embed themselves in fabric such as carpet, curtains, clothing stored in the basement, or even upholstered furniture. Once these odors have infiltrated the fabric fibers, it can be incredibly difficult—if not impossible—to remove them.

Basements tend to be moist, warm, and dark, and have little to no air circulation, making them prime places for mold and mildew to grow. The moisture is due to the fact that basements are usually below grade, meaning they are surrounded by soil. This soil contains water and, as such, exerts hydrostatic pressure on the basement walls. If this pressure is great enough, it can cause microscopic cracks in the concrete walls, through which water can enter the basement. In some cases, moisture can even seep right through the concrete. If you notice cracks in your basement walls through which groundwater might be entering your home, it’s important to contact a basement waterproofing company to have them repaired.

Many basements also lack windows, making them darker and the air more stagnant, which contributes to a musty smell. Having small windows installed, such as awning or hopper windows, can help get the air in your basement moving and allow sunlight to get inside so that conditions aren’t as ripe for mold and mildew to grow.

The best way to avoid a musty smell from developing in your basement is to prevent mold and mildew from growing in the first place, but if your basement already has an unpleasant odor, there are some things you can do to combat it. First, remove any items such as boxes, books, clothes, or furniture that smells musty, especially if these items are damp to the touch or have visible mold spots growing on them. Next, leave several dishes of vinegar out in the basement for two or three days. This should help to break down the musty odor. Another tack you can use is to leave an open bag of charcoal in your basement. Just like baking soda in a refrigerator, the charcoal will absorb the odors and excess moisture from the air. If you go this route, be sure to replace the charcoal with a fresh bag every six months.

Of course, all of these are short-term solutions to musty basement odor problems. For a long-term solution, you should turn to a basement waterproofing company that can provide you with a tried and true waterproofing system. For more than a decade, Engineered Solutions of Georgia has helped homeowners throughout Atlanta and surrounding areas eliminate musty basement odors by sealing groundwater entry points, installing vapor barriers, and other moisture control systems such as dehumidifiers and sump pumps.

If you’re ready to bid farewell to that musty basement smell, contact the specialty home improvement experts at Engineered Solutions of Georgia today.

“After working with all the other contractors for repairs on my home, these guys were by far the best and most reliable, professional company I’ve worked with. They were professional and answered ALL my questions immediately. I had foundation repairs which were completed within the time frame they allotted for. No extra expenses. The estimate was on point. Very impressive.”

“Engineered Solutions provided excellent customer service and able to answer all pre-work questions allowing me the comfort of the extensive work performed. Very professional company and willing to recommend their services in the future.”