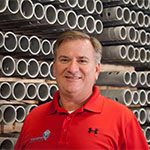 Originally from Atlanta, Jay Eastland is, alongside Luis Cuevas, a founding partner of Engineered Solutions of Georgia. In addition to his many years of experience in foundation repair, Jay holds a variety of industry-related certifications and memberships. Read more about Jay Eastland. 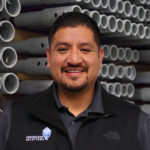 Although he originally hails from Mexico, Luis Cuevas has been an Atlantan for the past 30 years. In 2006, Luis teamed up with Jay Eastland to found ESOG. Luis now has nearly two decades of experience in the foundation industry, is a member of the American Society of Engineers, and also holds a wide variety of industry-related certifications. Read more about Luis Cuevas. 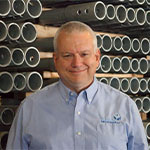 Mike has been the General Manager with ESOG since 2017 but has been with the team since 2012. He is Certified Six Sigma Black Belt – an indication of ESOG’s commitment to quality. He sums up the ESOG approach to a job in one word: respect. “ESOG is a company that truly respects our customer’s time and money. ESOG does not sell anyone something they don’t need…. When work is required, our Project Coordinators will develop a repair plan for exactly what they need, nothing more or nothing less.” Read more about Mike Newlin. 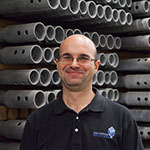 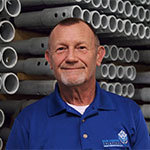 “Great Company. Honest, Reliable, Professional. I recommend them to anyone needing structural experts.”

“Very happy with the recent work on my crawl space by ESOG. They were reliable and took the time to do the job right and left my basement cleaner than when they arrived. My crawlspace has never been so dry, and my basement has lost the damp musty smell from before. Questions and any issues were answered and resolved immediately. Big shout out to ESOG!”