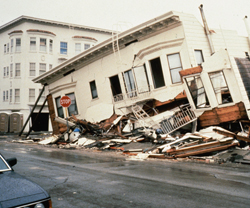 Concrete buildings are particularly prone to collapse in poorer countries because they require large amounts of steel to reinforce the structure. However, as steel can be expensive, unscrupulous builders may use less than the recommended amount. The infamous Ranza Plaza collapse in Bangladesh has been attributed to this flaw.

Heavy snow is a common cause of roof and partial-building collapses. Flat roofs are the most vulnerable because they may not be able to withstand the heavy weight of snow. Below-freezing temperatures can compact the snow and make the load heavier, as can slushy snow. If the weather remains cold and the snow doesn’t melt, or if the gutters are compromised, roofs can give way under the weight. Experts have said that, despite these problems, building codes have been adequate.

While some buildings last for centuries because of sturdy construction, younger buildings that are less sturdy may collapse much sooner. Aging buildings and poor construction methods weaken buildings over time. In stone-and-mortar buildings, for example, deteriorated stone and mortar can lead to an abrupt collapse. Collapse occurs in these buildings mainly because, over time, the deteriorating mortar compromises the structure.

Rain-saturated soil is one cause of foundation failure. Weak compressible soils, collapsible soils, and expansive soils constitute the primary causes of soil-related failures in buildings. Generally, such soil problems are caused by water. Certain soils expand or contract with changes in moisture levels, and the amount of expansion or contraction varies greatly in different soils.

Rain and snow can cause there to be too much water in the soil, which can find its way inside if your basement is not properly waterproofed.  On the other hand, transpiration causes there to be too little water in the soil. Transpiration occurs when plants pull water from the soil, causing the soil to contract. In soils that are prone to movement, foundations can become weakened by this problem.

When foundations are built on unstable soils, uneven movement disturbs the stability of the foundation, especially in soils with a high clay content. If the fill material on a plot with weak soil is not adequately compacted to support the weight of the building, foundation problems are also likely to appear. Builders who succumb to the temptation to prepare inadequate fill material cause costly problems later on.

Weather-related problems, age, and soil-related issues are not the only causes of building collapses—they are just the most common. Other causes include slope failure and erosion, problems which also exist in developing countries. The good news is that, in the United States, foundation repair specialists, like those at Engineered Solutions of Georgia, can prevent building collapse by repairing many of these structural problems.