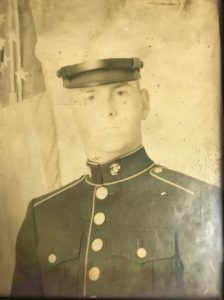 The 1970s were filled with bell bottoms, disco music, peace signs and the final years of the Vietnam War. Howard Hougas, an Engineered Solutions of Georgia employee working as a lead fabricator/mechanic for the past 5 years, recalls those days as a young man serving his country. “When I was a young man,” he says, “I was a bit of a rebel and a wanderer.” Howard missed selective services by about a year, but in 1971, he sought out a Marine Corps recruiter. He knew that joining the Marine Corps would help him find purpose and achieve a straighter path in life.

Jumping right into bootcamp and 5 a.m. wake-up calls in 1971, Howard served in the Marine Corps until 1977. He was stationed predominantly in the US and began as an AC specialist based out of the 1st Marine Aircraft Wing, an aviation unit that serves as the Aviation Combat Element of the III Marine Expeditionary Force. Though the unit is based overseas, Howard spent his time in the US, prepping jets and squadron to head over to Vietnam. He eventually transferred to working with gas turbines as a jet engine mechanic.

Stateside, Howard travelled from coast to coast. In North Carolina, he reminisces about a snowstorm that dropped 26 inches of snow, pulling almost everyone off duty to lend a helping shovel so the base could functional properly. And in San Diego, he vividly remembers a Fourth of July parade, in which Jane Fonda and other war protesters broke into the ranks trying to get the American flag. 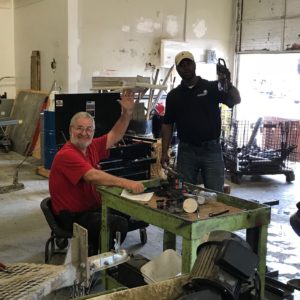 After six years of service and with the Vietnam War officially over, Howard chose to exit the Marine Corps in favor of a new life path. But those years of service will never leave him. When he hears the Marine Corps anthem, pride swells within him. “I’m glad I served,” he says. “When I hear the American flag being raised at nearby Dobbins Air Reserve Base each morning, it makes me glad to be an American.”

Engineered Solutions of Georgia is honored to employ a Vietnam veteran like Howard, who stepped up to serve our country during wartime. To Howard and all the other US veterans, we salute you and we honor your fellow servicemen, who laid down their lives to serve our great country. This Memorial Day, you are not forgotten.