Engineered Solutions wouldn’t be where it is today without the expertise and dedication of its amazing employees. We thought it was time to share just a little bit about these awesome employees who make up the core of our business. Enjoy these employee spotlights that focus on employees’ day-to-day jobs, as well as their personal interests and home life. 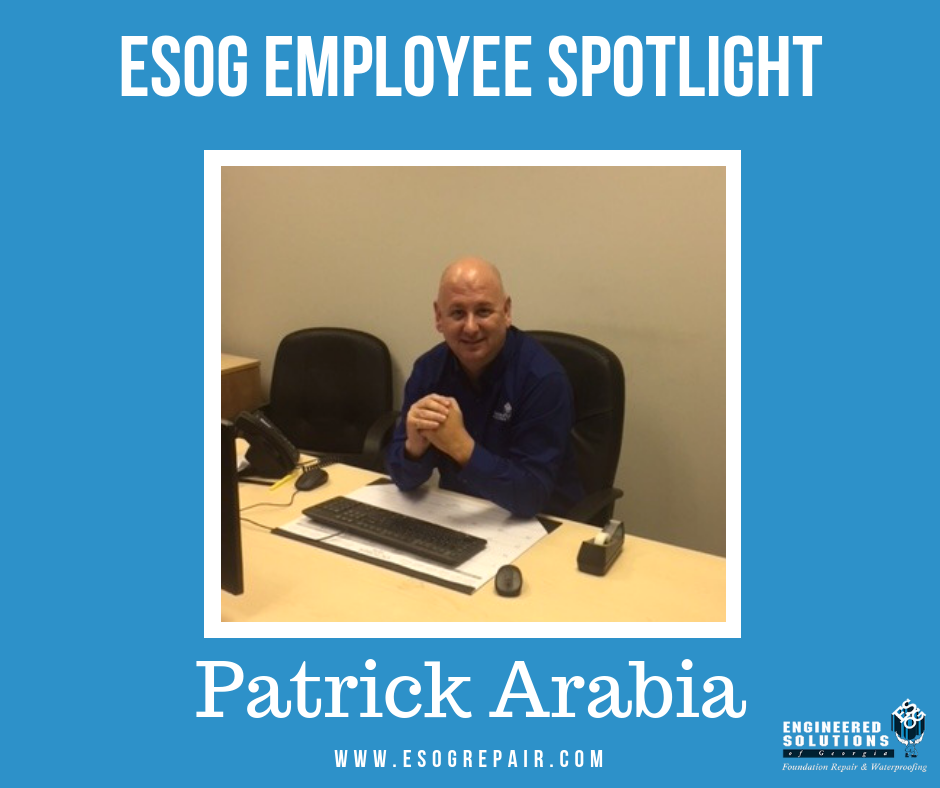 Patrick Arabia came to work at ESOG 2.5 years ago, after being in the foundation and structural repair business for several years prior. “When the opportunity came up to join ESOG’s team, it was too good to pass up,” he says. Patrick was drawn to ESOG’s solutions-based approach rather than the high-pressured sales approach the industry is known for.

Patrick started out briefly as the Brand Manager before moving on to his current position as Sales Manager. As Sales Manager, he ensures that the sales team has continued education and sales support—keeping true to the goals and values of ESOG. Patrick also appreciates ESOG’s integrity, and loves that the company provides a challenging and educational workplace.

For Patrick, ESOG has allowed him to utilize his creativity in building a sales department. “My favorite project has been integrating my own ideas into building the sales team,” he says. His favorite part of his job is watching the individual successes and growth of each salesperson on his team.

Patrick begins his workday by coming in early to meet with his sales team individually. Once they are sent out, he does light office and computer work. Throughout the day, he ventures out on his own sales appointments or will tag along with other sales members of the team. Besides managing his sales team, Patrick also works with the production team to make sure the crews have everything they need for a successful project.

Though Patrick works hard at his career, he’s learned that balance is key. “I balance my career at ESOG with family by being keenly aware of the significance that both play for a well-balanced life,” he says. He’s been married to his wife Heidi—a local chiropractor—for 19 years. Together, they have 16-year-old Chase, who loves to do performing arts and jet ski, as well as 13-year-old Ivy, who loves to play volleyball and watch silly YouTube videos. 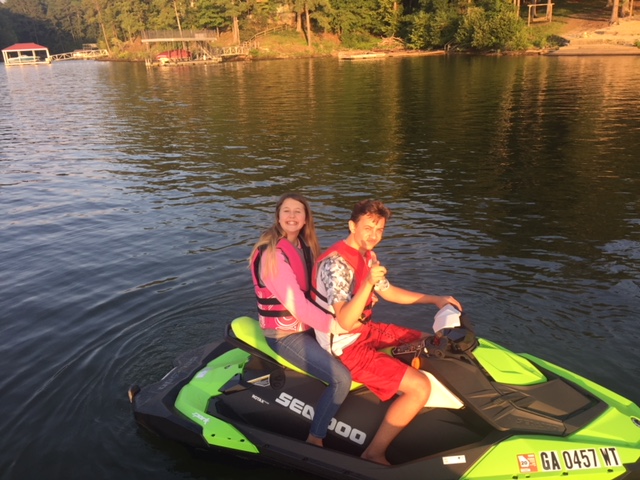 In his free time, Patrick enjoys playing guitar and singing, as well as writing his own songs and music. He also likes watching hockey and playing fantasy football with his son.

When asked what is one thing about him that would surprise most of his fellow employees at ESOG, Patrick replied: “Most people know me as a Rock N’ Roll kind of guy, but would be surprised to know that Barry Manilow is one of my favorite artists.”

Patrick’s career has come a long way since his first job as paper route boy at 11 years old. We sure are thankful to have him as part of our ESOG team.